Catering is available, to order please call 95196000 or email clemschickenshop@hotmail.com 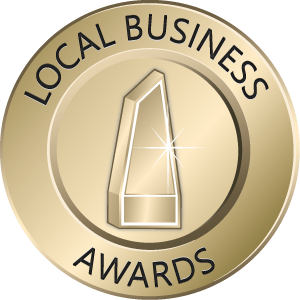 Clem’s Chicken have been family operated for 33 years and are over the moon to be nominated by their customers yet again for an Inner West Local Business Award.

Located amidst the hustle and bustle of King Street, Newtown, one of Sydney’s most fashionable and energetic precincts, is Clem’s Chicken, which has been a treasure of the local community for decades. Popular for their mouth-watering fried chicken, as well as a scrumptious roast chicken and veg dinner, Peter of Clem’s Chicken says he adores the fast-paced nature of King Street.

“We’ve seen many restaurants come and go over the past 33 years,” he said. “It makes Newtown such an interesting place!”

Clem’s Chicken have been nominated in this category multiple times, and are proud to be nominated again. Peter thanked his customers for this recognition. “We feel very much a part of the community here in Newtown, and we love the interaction we have with our customers.”

NABO – The social network for your suburb

Clem’s has solidified itself as one of the most popular late-night haunts for some satisfying fare after trawling along King Street on a Newtown weekend, and for good reason. Perfectly cooked and seasoned with a side of fries, it’s the best way to finish the night off. Its chicken is legendary amongst residents of the Inner West, and no doubt lives up to the hype, provided that it’s one of their most popular choices. Don’t miss this one!

The perfect chicken shop for all your late-night drunken needs lies on King St in Newtown. Clem’s Chicken Shop is open until 10pm, so you can sneak in a feed before you hit the town, before heading home from a looonnngg day drinking sesh or, you know, your average Wednesday night. The chicken is cheap and cheerful and that is exactly what we love about it—delicious roast chicken and crispy AF chips.

I ate my way through

It will come as no surprise that Clem’s took out this category hands down. The pieces range from $2.20 to $2.40 each or you can (and should) get a five pack for $10.50. The prices are good, the chicken is mind blowing and the service is surprisingly good. The last time I went there, I was told that I would have to wait five minutes because they were making a fresh batch of chicken. I was given a chicken strip to munch on while I waited and they gave me an extra piece for free to make up for the measly five minute wait! I highly recommend a visit to Clem’s.